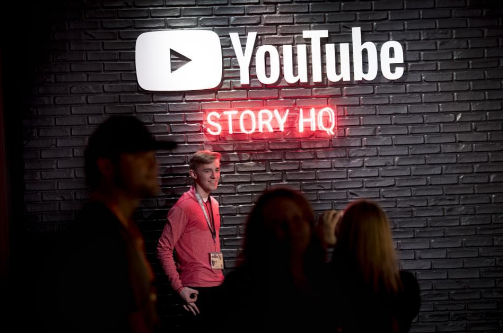 A controversy centered around a conservative YouTube personality, Steven Crowder, about a journalist has sparked a bigger conversation about whether it is acceptable for YouTube to benefit from provocative content.

In a tweetstorm shared a few weeks ago, Vox journalist Carlos Maza identified that he was a regular target of Crowder’s videos, constantly attacked over his sexual orientation and ethnicity. Maza flagged the videos for allegedly violating the company’s policies on harassment and bullying. Despite this, YouTube stood firm on keeping Crowder’s channel active, saying that while the language of some of the videos was hurtful, the content did not violate YouTube’s community guidelines on hate speech.

Some experts say that YouTube has put itself into predicament: depending on content creators to generate ad revenues, while also not having a firm grasp over the views expressed in their videos.

“It’s interesting how platforms like YouTube, Facebook and Twitter have almost sowed the seeds of their own destruction,” said Alexandra Hudson, a research fellow for the American Institute for Economic Research. Hudson has focused her research on the destructive power of the loss of civility in public discourse.

“They [social networking sites] benefit from the addictive nature of their platforms, and their algorithms favor sensational and bombastic users who play on people’s baser instincts. Yet once those users, fed by fame and influence, invariably begin to test the limits of our public discourse, social media platforms are criticized for being the arbiters of what is and is not acceptable,” she said.

Tae Wan Kim, an associate professor of business ethics at Carnegie Mellon University’s Tepper School of Business, said there is a financial incentive for YouTube to keep personalities like Crowder on the platform, who has amassed a following of over 3.9 million subscribers on the video platform.

Right after YouTube cleared its stance on Crowder’s videos, the platform said it would suspend the channels advertising monetization, until he stopped providing a link to his merchandise shop, which featured t-shirts mentioning homophonic phrases. One YouTube content creator, Ettore Fantin-Yusta, said he found YouTube’s decision to demonetize his YouTube channel because of what was being sold on a third-party website.

“It is important to note that YouTube, while they take a commission on ads placed in Crowder’s videos, does not receive a commission from these t-shirt sales. I have never seen YouTube crack down on off-site monetization for content creators before,” he said.

A channel’s demonetization impacts the creator of the content, but may also impact YouTube’s bottom line. YouTube keeps about 45 percent of the advertising revenue on channels. Despite protest from some brands over having their ads placed next to controversial content on YouTube, YouTube held a 51 percent ad renewal rate among brands in 2018, growing ad revenue in 2018 by 11 percent.

After an outcry about the Maza-Crowder situation, from users on social media, YouTube CEO Susan Wojcicki defended the company’s stance on the situation but also took the opportunity to apologize to the LGBTQ community on the “hurtful” decision. The company also committed to taking a stronger stance against hate speech, prohibiting videos with white supremacy and neo-Nazi viewpoints.

“I do think it’s within YouTube’s right to take down Crowder or anyone’s videos,” said Hudson. “There’s nothing stopping Crowder and others from using other video platforms on the internet. But should YouTube do so? That’s a separate question.”

Rediscovering The True, The Good, and The Beautiful

Is It Right For YouTube To Profit From Controversial Personalities?