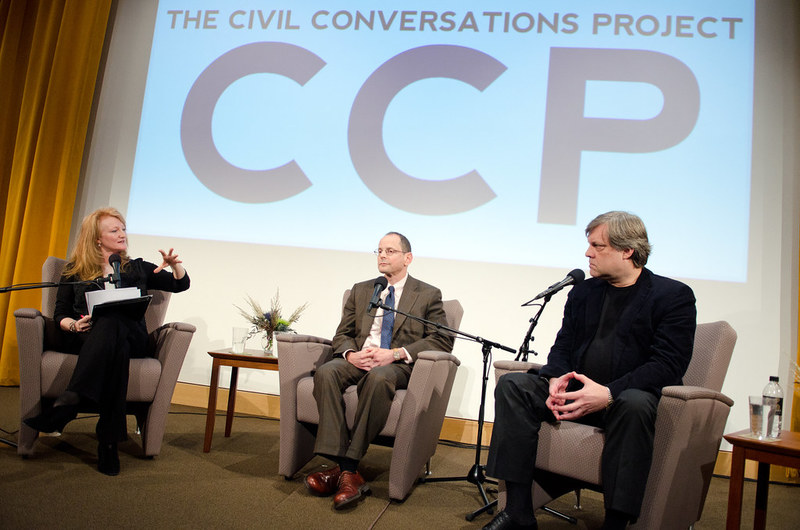 During a time of deep political polarization, not everyone could get a representative from Black Lives Matter and the Tea Party in the same room. But an organization known as Better Angels can do it – and will – at its second bipartisan national convention later this week.

All told, the grassroots group, which formed in December 2016 to help bridge the civility gap between Republicans and Democrats, will host more than 250 liberal and conservative delegates at Washington University in St. Louis June 20-23.

“Our goal is nothing less than to replace the era of polarization with the era of citizenship,” David Blankenhorn, the president and co-founder of Better Angels, said in a statement. “An era where we can find one another again as citizens and friends; put love of country before political faction; achieve accurate instead of exaggerated or imagined disagreement; look first for shared values and common ground; and refuse to treat our opponents as enemies.”

Ciaran O’Connor –– who serves as the chief marketing officer for Better Angels –– told RealClearPolitics that the organization will also use the convention to establish a national platform for the 2020 election.

“The goal is to lay out a vision for how we can depolarize America at a scale that goes beyond individuals,” O’Connor said. “We want to start affecting institutions like academia, the media, and politics at large.”

Newsome, who has previously been on a panel discussion with Blankenhorn (pictured, at right), told RCP that Better Angels is meeting a need rooted in America’s current landscape.

“It’s giving people a chance to disarm themselves and have a conversation with individuals who they don’t necessarily agree with nor have a chance to engage with,” Newsome explained. “I try to train people to acknowledge truths when they hear them,” he added. “There are people who may disagree with me politically, but we may agree on particular issues. The first step in taking action to fix problems in this country is finding an understanding.”

In addition to the keynote conversation, several prominent speakers will attempt to hash out the concept of the American identity. One of them, Alexandra Hudson, attended a Better Angels workshop last summer and was struck by how the session’s structure — based on a popular model of family therapy — encouraged individuals to take an active role in solving the issue of political polarization.

“The model for the debate is not just two people debating an idea,” Hudson said in an interview. “It’s this whole idea of a collective pursuit of truth. It’s structured but meant to facilitate broad conversation.”

Hudson said she has come to develop her own understanding of the United States’ most uplifting national characteristic: “There is an American identity, and it’s one we should be proud of. It’s grounded in a commitment to shared ideals and self-governance.”

While Better Angels works to tone down the polarizing rhetoric that prevents meaningful discussions from occurring, the aim of the convention is not to encourage a centrist political agenda or change participants’ minds. The purpose, its organizers say, is to provide delegates with a deeper understanding of those with opposing ideas and with some tools for how to exchange competing ideas with respect, instead of contempt.

“They’ll have a chance to see that the people who they typically disagree with on important topics are people of goodwill,” said Hudson. “And that it’s OK to disagree with one another on these topics.”

With the professional political class more or less permanently at one another’s throats along predictable partisan lines, O’Connor said that Better Angels’ “bottom-up” structure allows individuals to respond based on concerns they have about political polarization in their own communities.

“People see it as a patriotic duty, regardless of whether you’re a strong liberal or a strong conservative … that we should try to stick together,” he said. “Better Angels has come to be seen as a conduit for achieving the realization of our founding ideals: life, liberty, the pursuit of happiness, equality, and justice.”

Jonathan Rauch, a Better Angels board member and contributor, wrote about his own experience at a “red-blue” workshop in Leesburg, Virginia for RealClearPolitics, an event that brought together eight Donald Trump voters and eight supporters of  Hillary Clinton.

Rauch (pictured, at center) targeted what he believes is the most discouraging feeling produced by polarization: the sense that there’s nothing individuals can do to combat the problem.

That’s exactly what Better Angels workshops seek to address by helping Americans overcome this feeling of hopelessness through face-to-face conversations. Rather than talk past one another, delegates at this year’s national convention will listen to one another and address problems confronted by both liberals and conservatives.

O’Connor told RCP he was attracted to working with Better Angels because of its transcendent approach to solving political polarization. After serving on both the Barack Obama and Hillary Clinton campaigns, O’Connor has witnessed liberals and conservatives better understand each other’s perspectives through Better Angels workshops.

“The workshops are designed to give people a space to listen to the other side in their own words and express themselves without changing each other’s minds,” O’Connor said. “We found they were very useful in reducing stereotype-thinking and building trust, [which] … didn’t necessarily get people to agree on policy issues, but people started to view one another with greater empathy and greater understanding.”

Rediscovering The True, The Good, and The Beautiful

Is It Right For YouTube To Profit From Controversial Personalities?